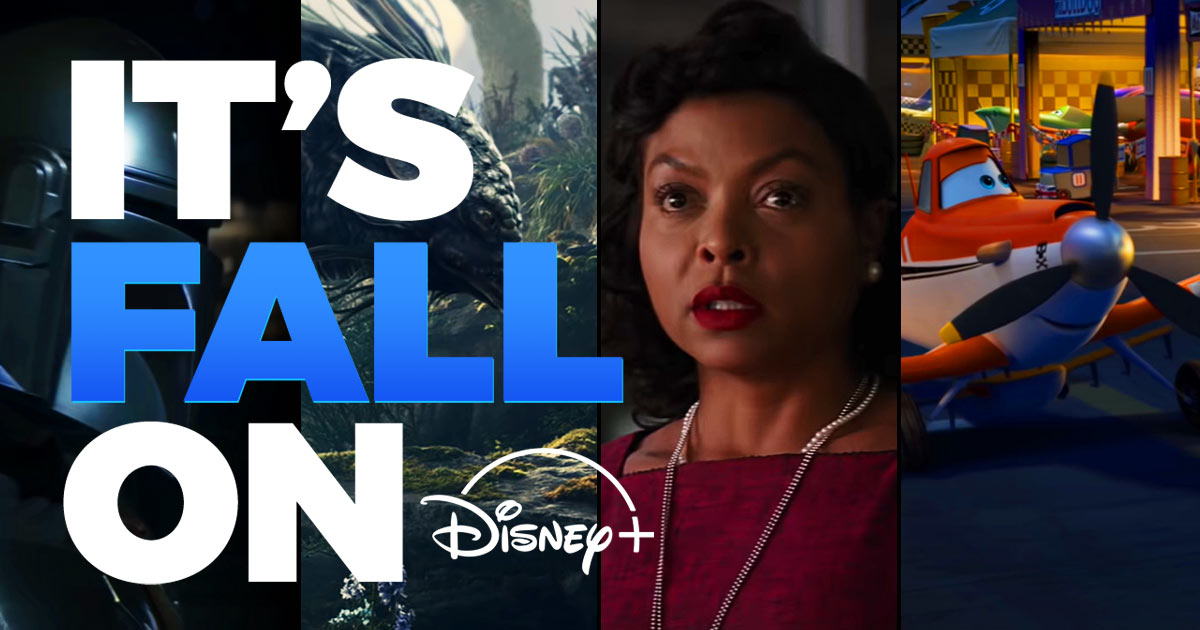 As the weather chills and leaves begin to change, grab your favourite blanket and curl up with Disney+ for “It’s Fall on Disney+,” featuring exciting and heart-warming new original movies and series and many of your favourite movies premiering this season.

Disney+ also announced two new non-fiction series joining the service this fall: “Meet the Chimps,” a new docuseries from National Geographic about the 200-acre Chimp Haven refugee in Louisiana, and “Marvel 616,” an anthology documentary series exploring the impact of the Marvel Universe.

These new originals join Disney+’s robust slate of highly anticipated scripted series including the return of “The Mandalorian,” and the premiere of “The Right Stuff” from National Geographic, original movies “Clouds” and “Secret Society Of Second-Born Royals,” and beloved new library titles including “Hidden Figures” and the 31st season of “The Simpsons.”

Fans can look forward to new titles coming this fall including:

From executive producers LeBron James & Maverick Carter, “Becoming” chronicles the origin stories of entertainers and athletes in their own words. Each subject takes a trip down memory lane for an intimate look at the struggles and successes that led them to where they are today. Loved ones share never-before-heard stories that showcase each subject’s inspirational journey towards becoming a star.

Meet Sam, a second-born royal daughter. She’s not your typical royal and doesn’t really fit into this world. After being sent to summer school by her mother, The Queen, Sam learns it is a ruse; she and the other students discover they have superpowers and are there to train to become part of the Secret Society of Second-Born Royals. Can they learn how to use their powers to save their kingdoms?

The incredible story of the early days of the U.S. space program, based on the iconic bestseller by Tom Wolfe. At the height of the Cold War, newly-formed NASA selects seven of the military’s best test pilots to become astronauts. Competing to be the first in space, these men achieve the extraordinary, inspiring the world to turn towards a new horizon of ambition and hope.

Based on an inspiring true story, young musician Zach Sobiech discovers his cancer has spread, leaving him just a few months to live. With limited time, he follows his dream and makes an album, unaware that it will soon be a viral music phenomenon. In the end, music gives Zach’s life new meaning and helps him find the perfect way to say goodbye…with a song that will be heard all around the world.

Disney+‘s first original game show, “The Big Fib,” is back for another 15 episodes. Hosted by Yvette Nicole Brown and featuring Rhys Darby as her robot sidekick, C.L.I.V.E., each episode puts kid contestants in the hot seat as they question adults to find the real fibber.

The Mandalorian and the Child continue their journey, facing enemies and rallying allies as they make their way through a dangerous galaxy in the tumultuous era after the collapse of the Galactic Empire.