Mumbai has for long enjoyed the status of being India’s financial as well as entertainment capital. In recent years, Delhi has emerged as a serious contender to be the shooting destination of choice for national as well as international film producers. Be it Chandni Chowk for Delhi 6, or Hauz Khas for Tamasha, Delhi’s iconic locations have provided picture-perfect backdrops to some of the most-loved Bollywood movies.

The National Capital Region’s dichotomy between the glorious mosques & winding lanes of Old Delhi and the majestic gardens & lawns of Lutyens’ Delhi complemented with the modern skyline of its satellite cities, offers an alternative to over-exposed Mumbai. With around 30 movies being shot in Delhi every year, the centre of film production has begun a shift towards north. The support from the administration and ease of legal formalities have played an important role in attracting the filmmakers. Delhi is in the process of introducing ‘Single Window Clearance’ system to streamline legal clearances and to facilitate smooth procurement of licenses to shoot. Haryana has already approved Haryana Film Policy under which all requisite licenses and permissions can be obtained under one roof. Delhi Tourism department is going all out with attracting international filmmakers scouting for ideal locations in India at the Cannes 2019. – An ongoing shoot at The Red Fort, Old Delhi

Delhi-based production houses are not only making the most of the locations and facilities available in Delhi NCR, but, are also exploring nearby offbeat shooting destinations, and working with global producers and leading streaming services. Dennis Nagpal is the founder of The Good Vibes Entertainment, a Delhi-based production house and casting company. Dennis has previously done casting for the shows like MTV Roadies, Splitsvilla, India’s Next Top Model, and has produced the Indian franchise of Global Poker League. Dennis moved back from Mumbai in 2014 to start his own venture and found the conditions in Delhi more suitable. Dennis’ company has recently completed a mandate from LA-based XIX Entertainment to produce two music videos for the world’s first global pop music group – Now United. The pop group was the idea of Simon Fuller, the creator of American Idol, and the group consists of 14 members, each of a different nationality. Dennis has shot one of their music videos with the rapper Badshah, and another one at one of the most challenging places in India. The shooting location for the video was decided by a poll – a beautiful natural landscape in Shillong, Meghalaya.

Speaking to Talentown, Dennis said, “In terms of quality, Delhi is as good as Mumbai, maybe not quantity wise. People now prefer Delhi and there are lesser union issues to deal with. In Mumbai, a union card is required everywhere, you cannot hire anyone without a union card. There are not many permission issues here, you can still do Guerrilla shoots in Delhi. Most of our work assignments still come from Mumbai and Bangalore is the primary source of commercials.”

After films like Rang De Basanti, Bewakoofiyaan, Lakshya, Rockstar, Love Aaj Kal, Dev D, Raanjhanaa, Chhapaak and web series like Delhi Crime and the upcoming Leila, the city is geared to welcome more storytellers from across the world and offer the creative canvas that is the imperial city of Delhi. 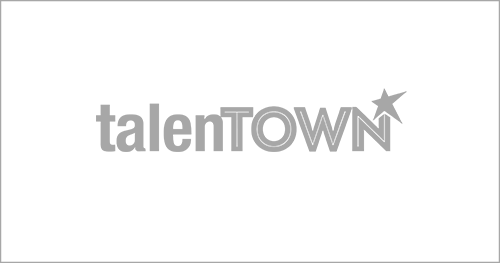