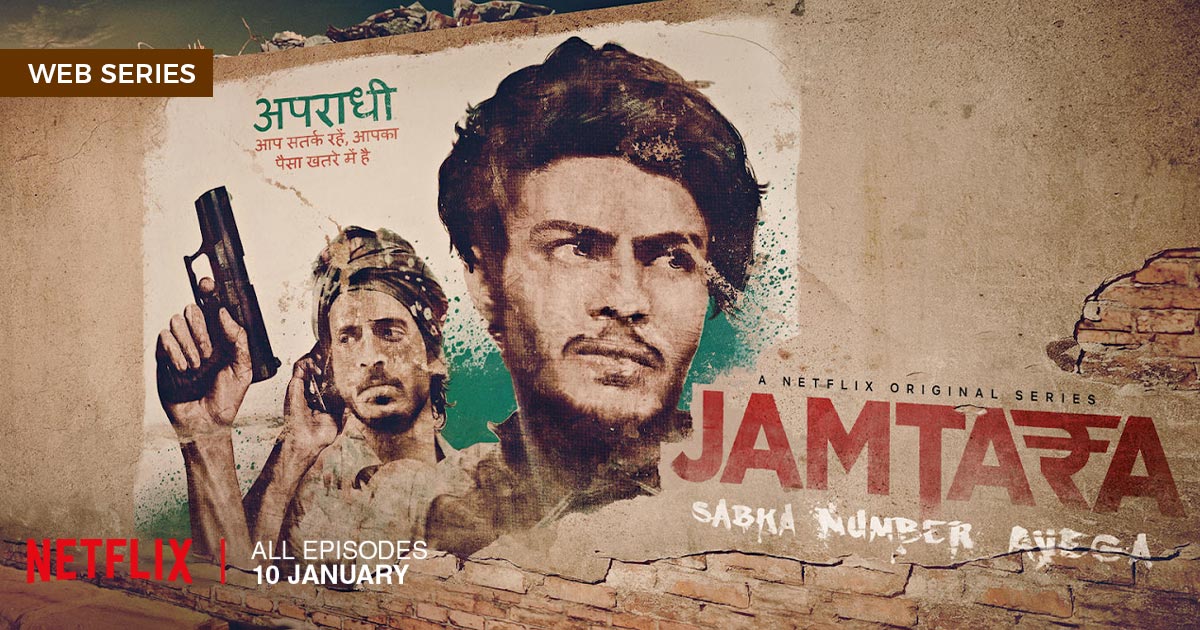 Netflix today has announced the release date of its upcoming fictionalised true-crime series, Jamtara – Sabka Number Ayega, with a trailer that promises a thrilling journey into the nondescript village in Jharkhand, which turns out to be India’s phishing capital. Created by Viacom18 Studio’s Tipping Point, Jamtara – Sabka Number Ayega will release on Netflix on January 10, 2020.

Directed by National Award-winning director Soumendra Padhi and inspired by true incidents, Jamtara – Sabka Number Ayega is the story of young, ambitious, volatile people who have the world before them. Masterminds and cousins, Sunny and Rocky, along with their friends, quietly run a wildly successful phishing scam from the small village of Jamtara. A news report about the scam catapults the village into the limelight, throwing a spanner in the works when, suddenly, everyone wants in on the game.

Jamtara – Sabka Number Ayega captures the risks of the internet, the cocktail of opportunity and motivation that lead ordinary people into the world of crime. The series that presents a very nuanced look at human relationships brings together an ensemble cast that includes Amit Sial, Dibyendu Bhattacharya, Aksha Pardasany, Sparsh Srivastava, Monika Panwar and Anshumaan Pushkar.

Soumendra Padhi, Director of Jamtara – Sabka Number Ayega, said, “The issue of phishing is so common and yet so underrepresented in the media. I’ve been to Jamtara and spoken to multiple people about how these scams are pulled off – the stories are so real and yet so unbelievable that I knew I had to share them with the world. Based on true-crime incidents, the series required a great deal of research and detailing to bring to life various characters and motives. I’m so excited to collaborate with Netflix to take this story from a small town in India to audiences around the world.”

Netflix brings to your screens the fictionalised tales from the dark underbelly of Jamtara. Gripping and engaging, The series will make you think twice before you answer an unknown phone number and help you realise that this can happen to you too.