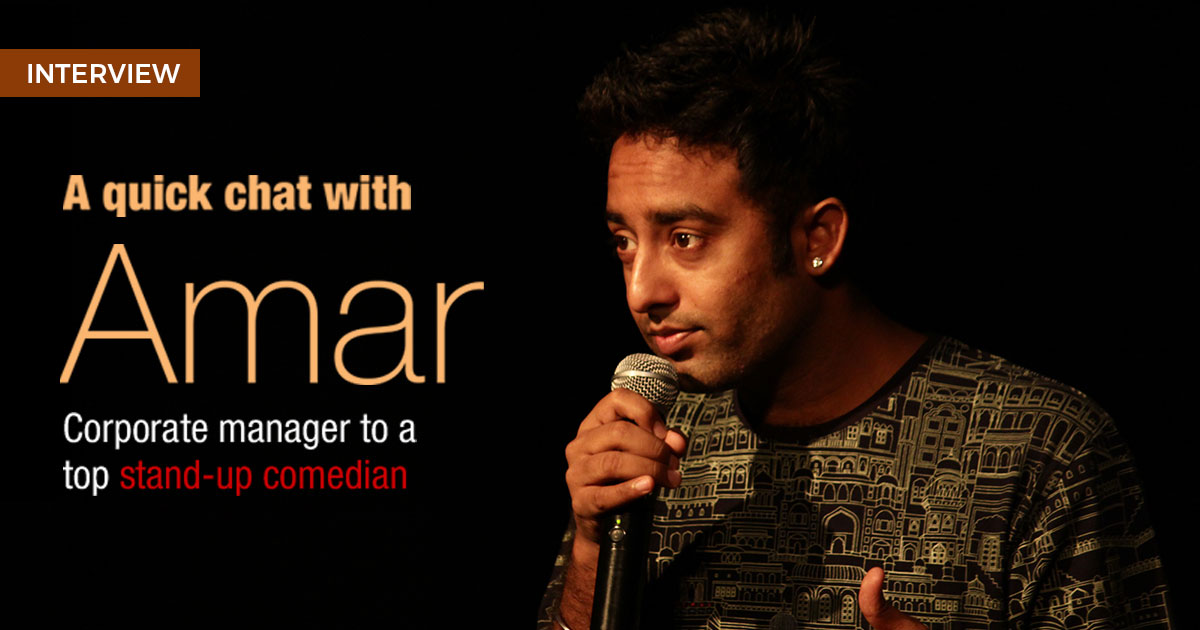 From a corporate manager to a top stand-up comedian, how has your journey been?

It has been difficult and fun at the same time. I love the art of comedy and so I have been able to go through the struggle. However, leaving a consistent salary for the financial inconsistency has been the biggest challenge.

Any hilarious experience in your comedy career you want to share?

I did a corporate show where most people in the audience were nodding and chuckling at best. I thought it was a horrible show. When it ended, about 10 people from the audience congratulated me and told me they had a lot of fun. It was tragic and hilarious at the same time.

One thing you regret after being a stand-up comedian?

I need more money. Will you guys pay me for this?

While scripting your show, what are the key areas on which you focus?

I try to write jokes which hopefully have a meaning beyond the laughter but as long a joke gets a laughter, it’s cool. A good joke makes people laugh.

Your purpose in life?

To make the world an inspired and visibly happier place.

Who is your favourite stand-up comedian?

One challenging thing in the comedy world?

To make a brand for yourself. Unless people know you, they don’t care about your comedy.

Comedy for you is?