Interviews
Abish Mathew talks about his journey to find his voice in comedy
Reading Time: < 1 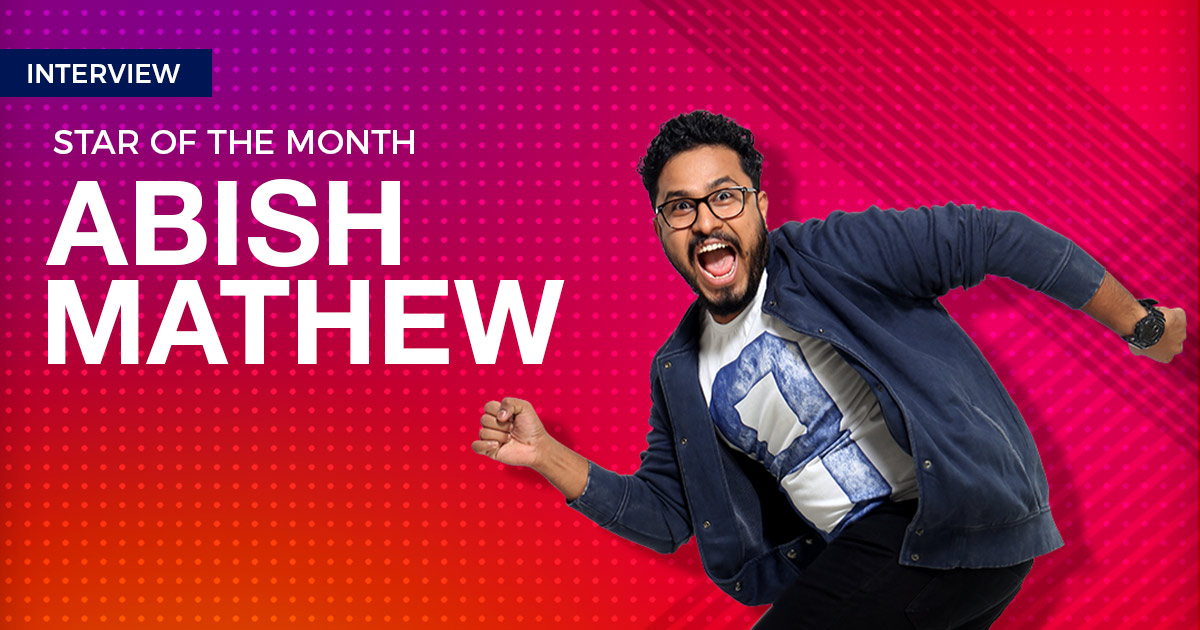 What do you think was the pivotal point in your career that set you up for this phenomenal success?

It was back when I was working with a radio station and was very keen on getting into comedy. I wasn’t sure though where to start. One day a bunch of my friends told me that they have organised an event and want me to perform there. It was my first comedy performance and that’s how the journey started.

Indian stand-up comedy scene has evolved rapidly over the last few years, what you think led to this rise in comedy clubs, open-mic events and digital content?

A lot of people coming and starting to perform at Open Mic Events was the start of the revolution. Later, performers started uploading content on YouTube and it rapidly started to gather a wide audience. The popularity and success of one stand-up comedian acted as a catalyst for another performer. Soon the followers of one performer started discovering and following other similar artists. The independence of the digital platform amplified the reach.

What makes you stand out amongst your contemporary leading stand-up performers?

In our term, we call it ‘finding your voice in comedy’ and I would say I am yet to find it. Every day I am learning, so I believe my journey to find my voice in itself is my voice in comedy. Every time I am on stage, I want the experience to be different. Affability and work ethics are something I consider my unique characteristics.

Son of Abish or Comicstaan, what did you enjoy more?

The responsibilities were very different. In Son of Abish, I was less of a host and more of a show-runner and used to get involved at every level. In Comicstaan, I was more focused on writing and rectifying script and thinking about how to go about it. I am glad to be a part of the show as a host and I enjoyed it more than I would have enjoyed as a judge, I think.

When AIB had to take down the roast comedy show – Knockout, what was your reaction? Did you feel your creative freedom being stifled?

I wasn’t feeling any anger or fear, instead I was feeling confused. We kept pushing the boundaries of the audience we worked with earlier but we realised that there was a large section of audience we hadn’t reached and their reaction was surprising for us. If I were to go back and do it again, I’ll definitely do it because it was great learning for me in terms of understanding the diversity of my audience.

What can we expect to see from Abish next?

I have just completed writing for a fiction show and more are in pipeline. Soon I am going to start blogging, and going forward, blogging and stand-up is what I want to do every day. Stand-up for the excitement of live audience and blogging for the joy of story-telling.